How to visualize sensor data in ROS2

In this tutorial, you will learn how to visualize sensor data in ROS2

For this tutorial you're going to use a robot Dolly, from Chapulina (Louise Poubel, from Open Robotics). You can find the git in the following link: https://github.com/chapulina/dolly. 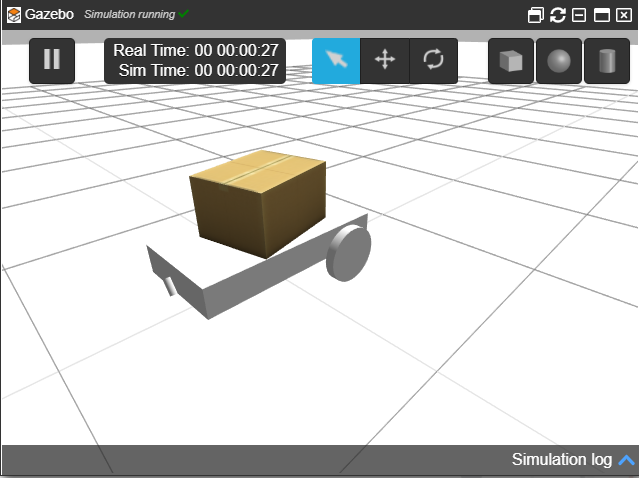 As you see when we launch the simulation of ROS1 we use the command roslaunch, with ROS2 the key word will be ros2, one of these command is to create a new package. Let's do it!

In the Shell that is already open and you have runned the source, execute the following command.

As we saw before, it's important to create our packages of ROS2 in this direction. Now run the following code in order to create a new package in ROS2

Here is the structure of the command, it will help you to understand better what does this command do.

In this particular case our package will be called my_package and will have the dependencies rclcpp in case we will work with c++ language.

Inside my_package folder create a new folder and nameit launch.

And inside launch folder create a file and call it simulation.launch.py.

Inside the file copy the following code. This code is a variation of the dolly.launch.py from dolly_gazebo/launch found in the git that we mentioned earlier https://github.com/chapulina/dolly.

Well but how is a python file we have to give it some permissions to execution. so run the following commands in the shell.

if you run the ls command you will see that the file changes its color into a green, that means that now it's and executable file

We have to make just another change. Go to ros2_ws/src/my_package/ and open CMakeLists.txt and change it like you will see bellow. This code is in base of the CMakeList.txt from dolly_gazebo found in the git that we mentioned earlier https://github.com/chapulina/dolly.

You should have something similar to this.

In the Shell run the following code, because is important to make the command in this folder

Now run the next command in the shell

this will build all the packages in your workspace. Once you have already built let's source the ros2_ws using the following command

In order to visualize the person just run the following code into a shell.

Remember that now the key word is ros2, well, to launch a file you need the command ros2 launch and you will use it like the following command.

A Gazebo window will open with a simulation like the below one: 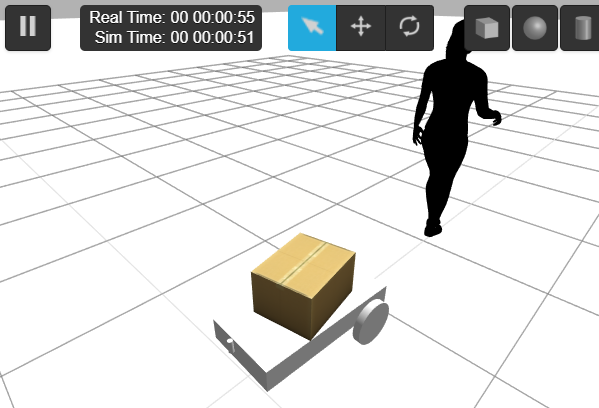 As you can see RVIZ2 is opened, now it's your turn to set up RVIZ2 in order to see data of laser scan and the TF of the robot. 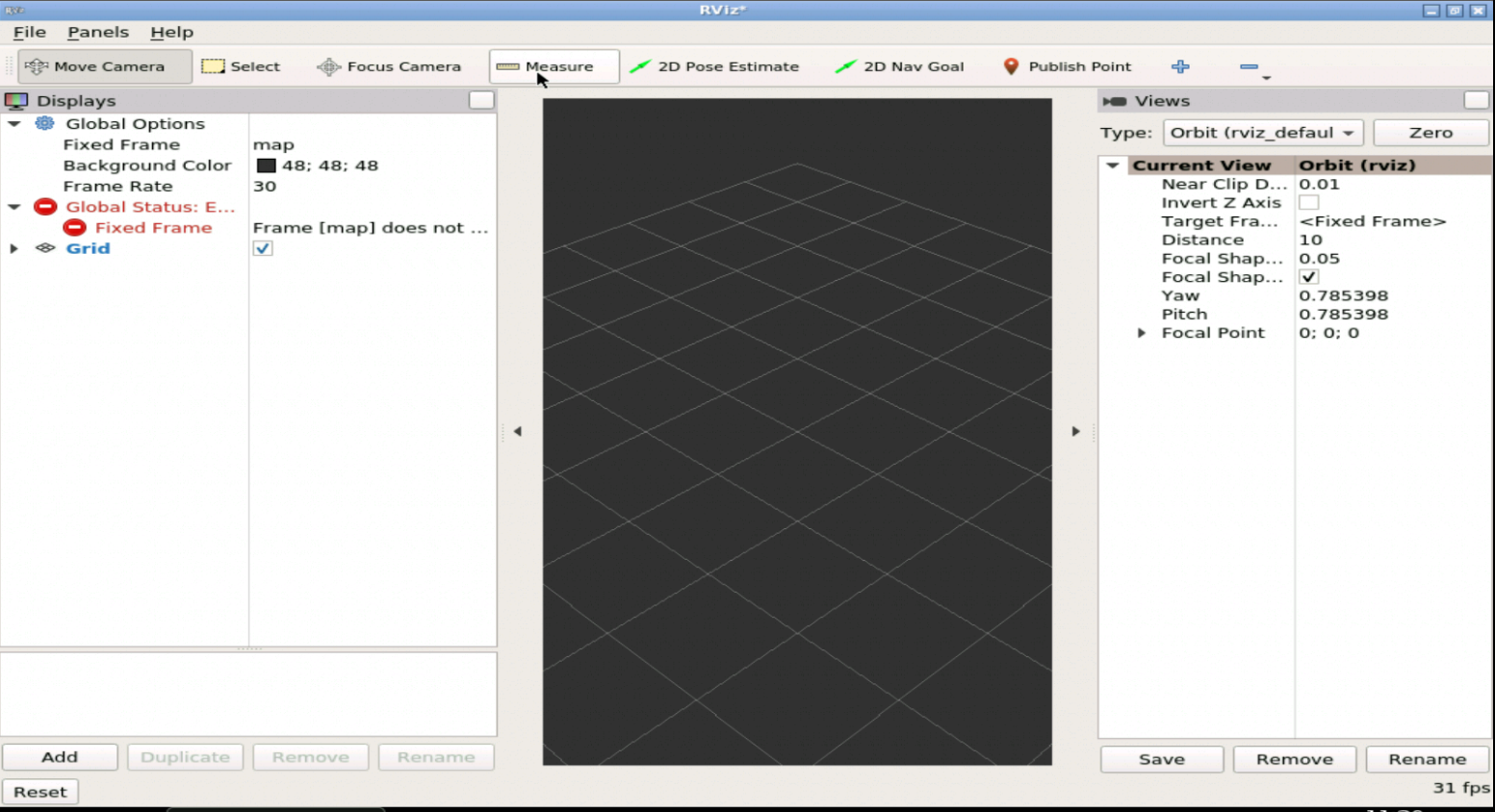 First let's stablish the fixed frame, in this particular case would be chassis, that is like the base_link of other robots, this frame could be other in case that you have a map or other frame , but is not this case, we're not working with navigation or something similar yet. 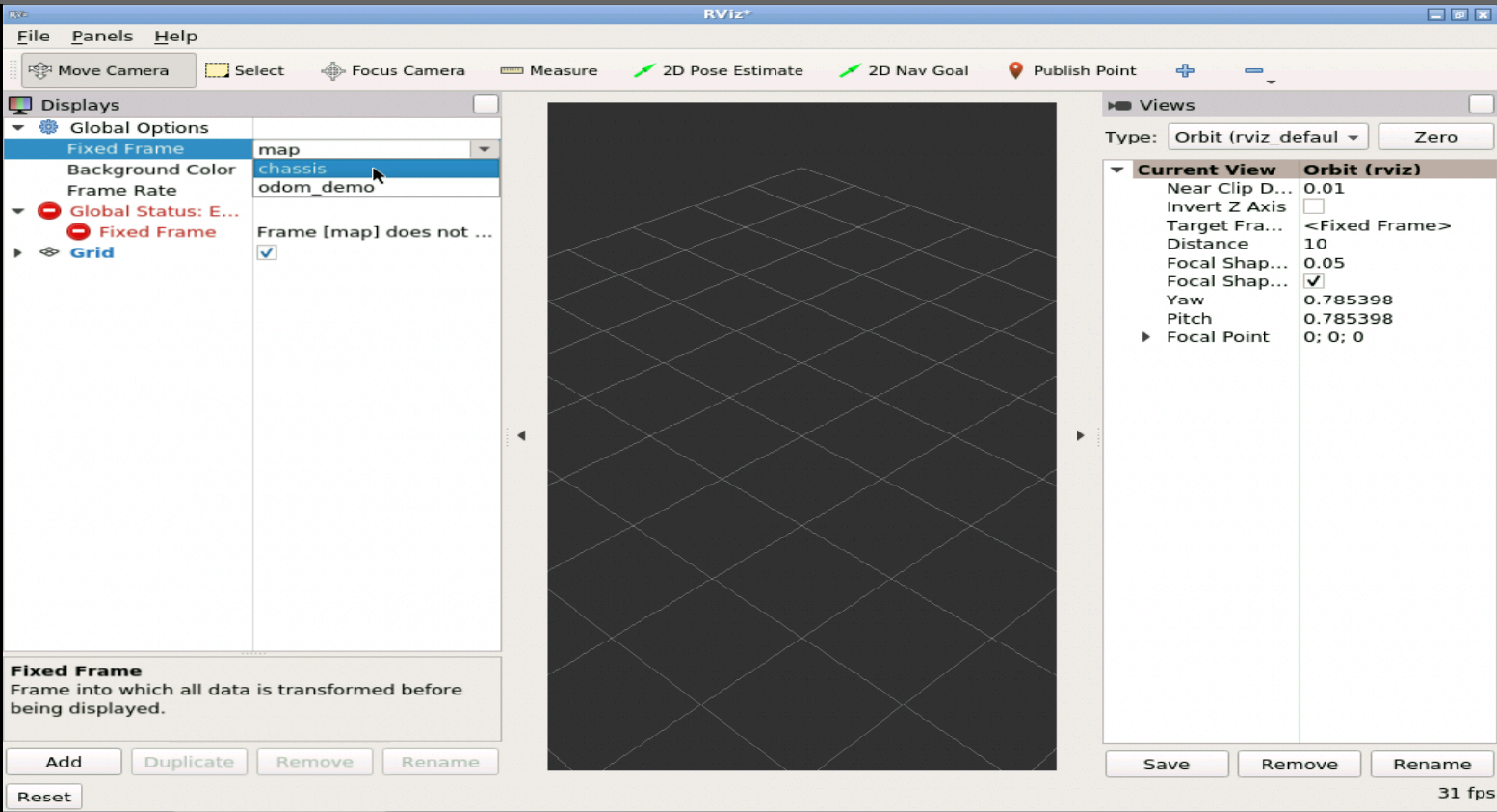 Now let's add the TF of the robot, at the bottom left you can find the button of add, then select the TF like the following image. 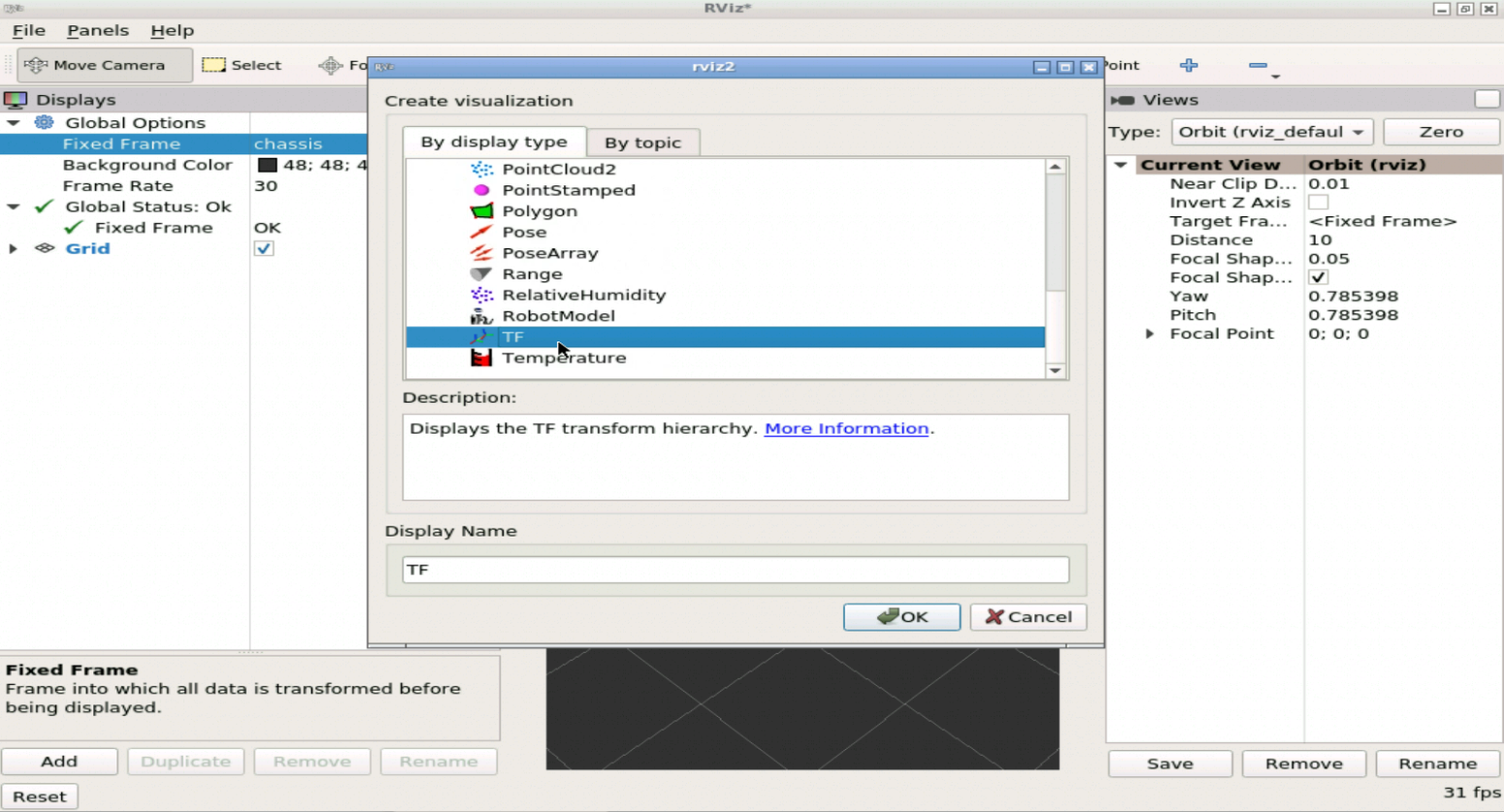 You can check Show Names in order to see wich tf is from each frame, remember that our chassis would be fixed, so you have to be aware of the perspective and how it moves. 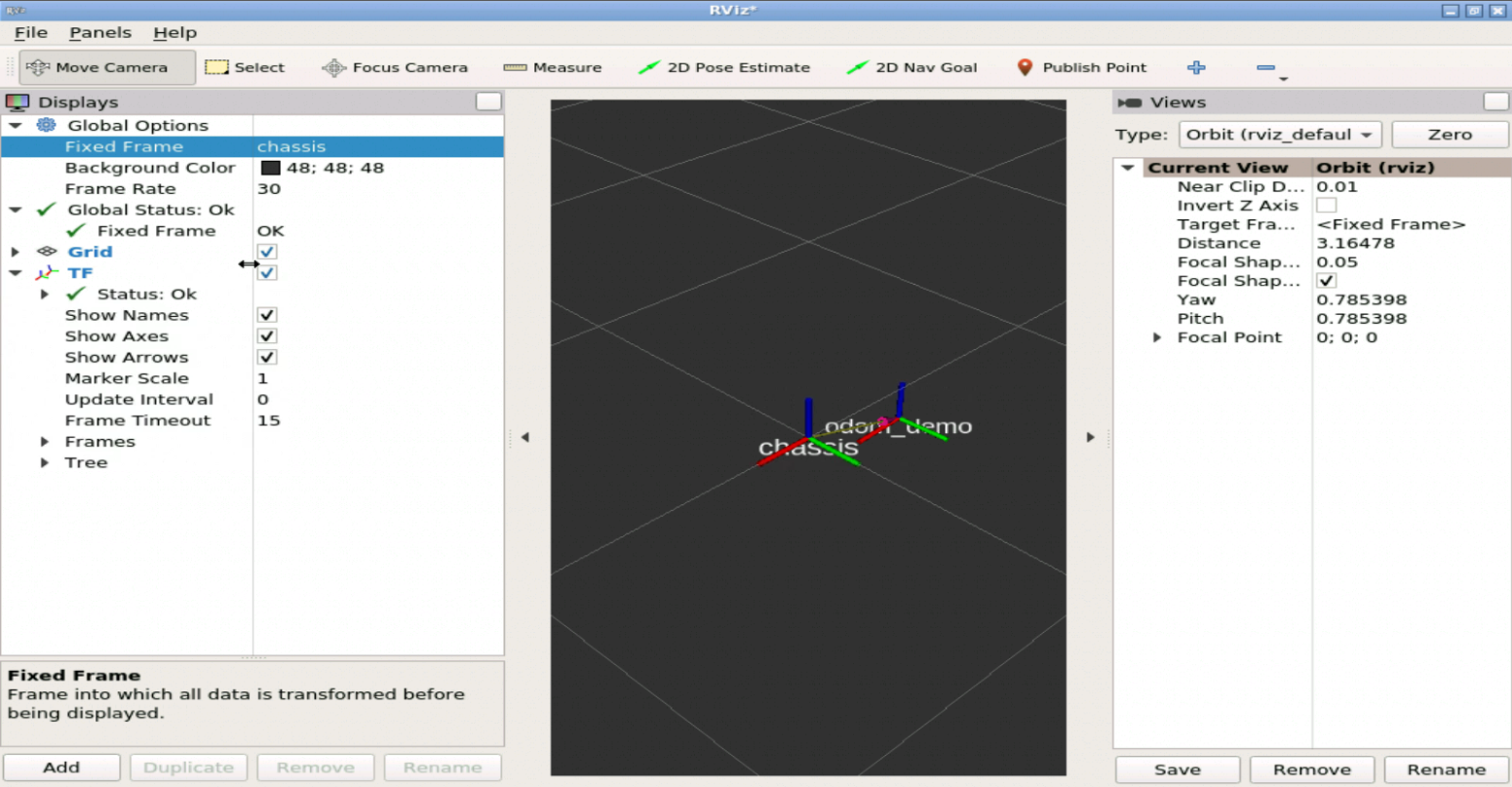 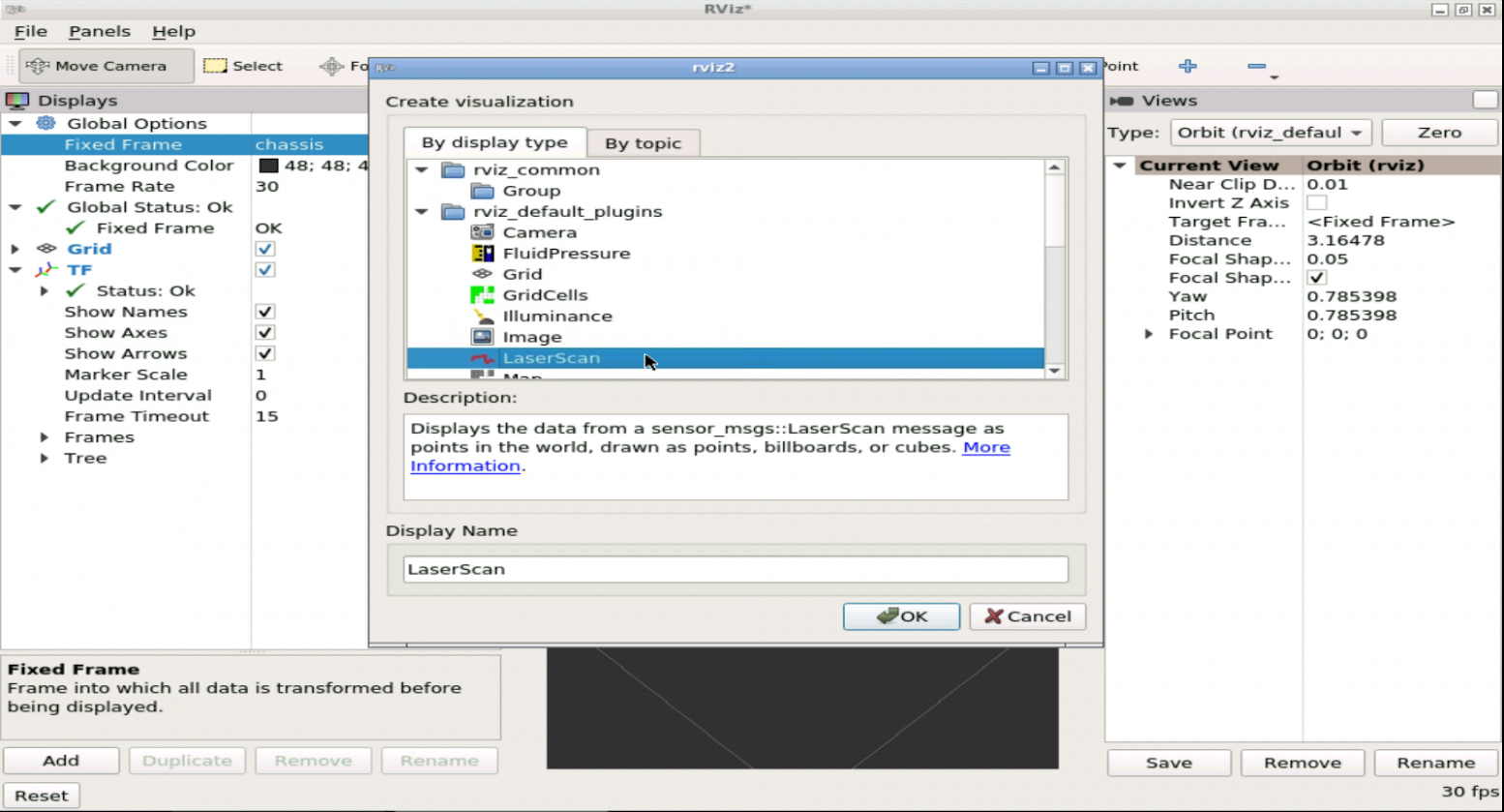 Now it's so important to select the correct topic that is publishing the laser data, in order to visualize it. 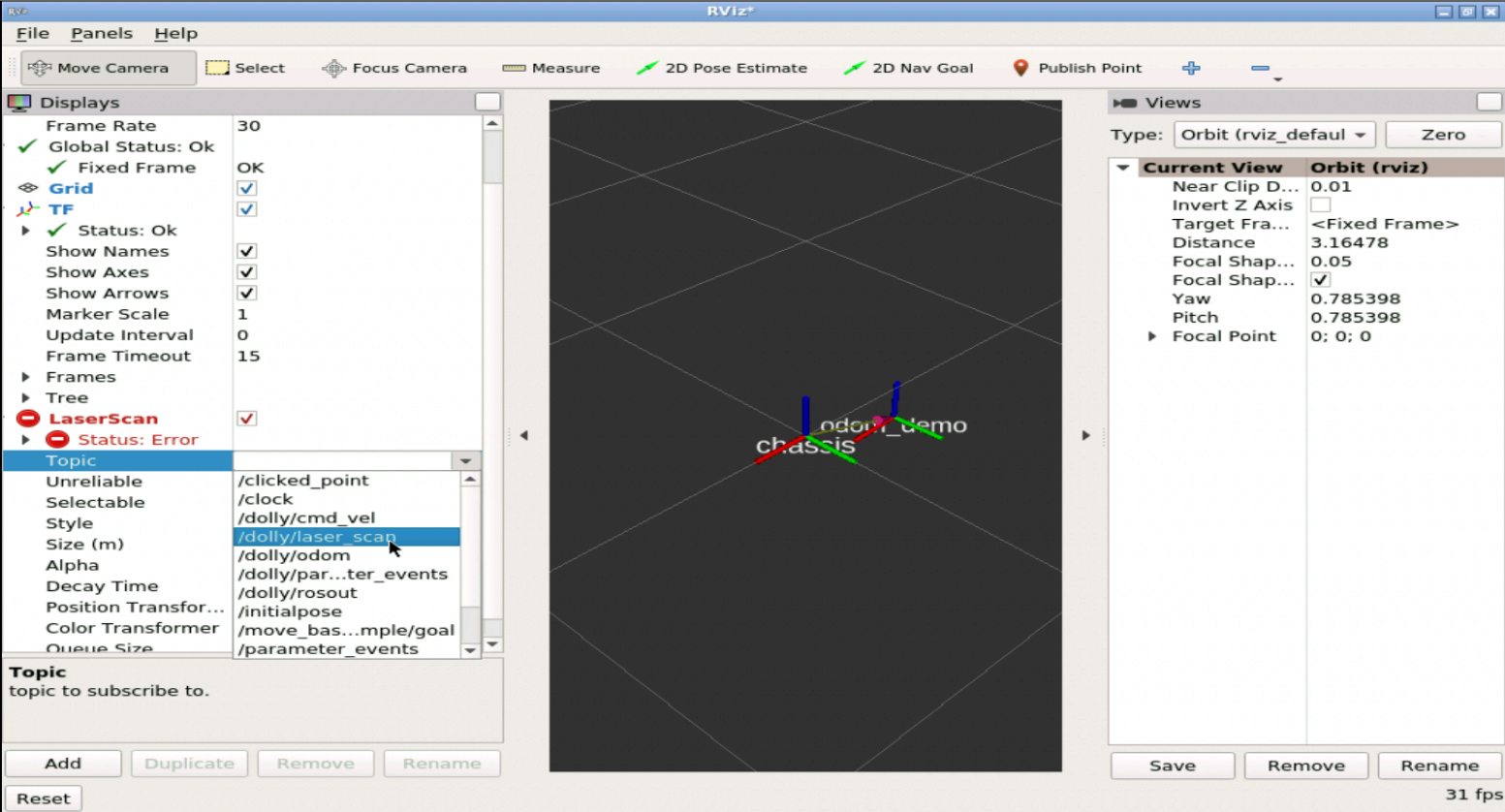 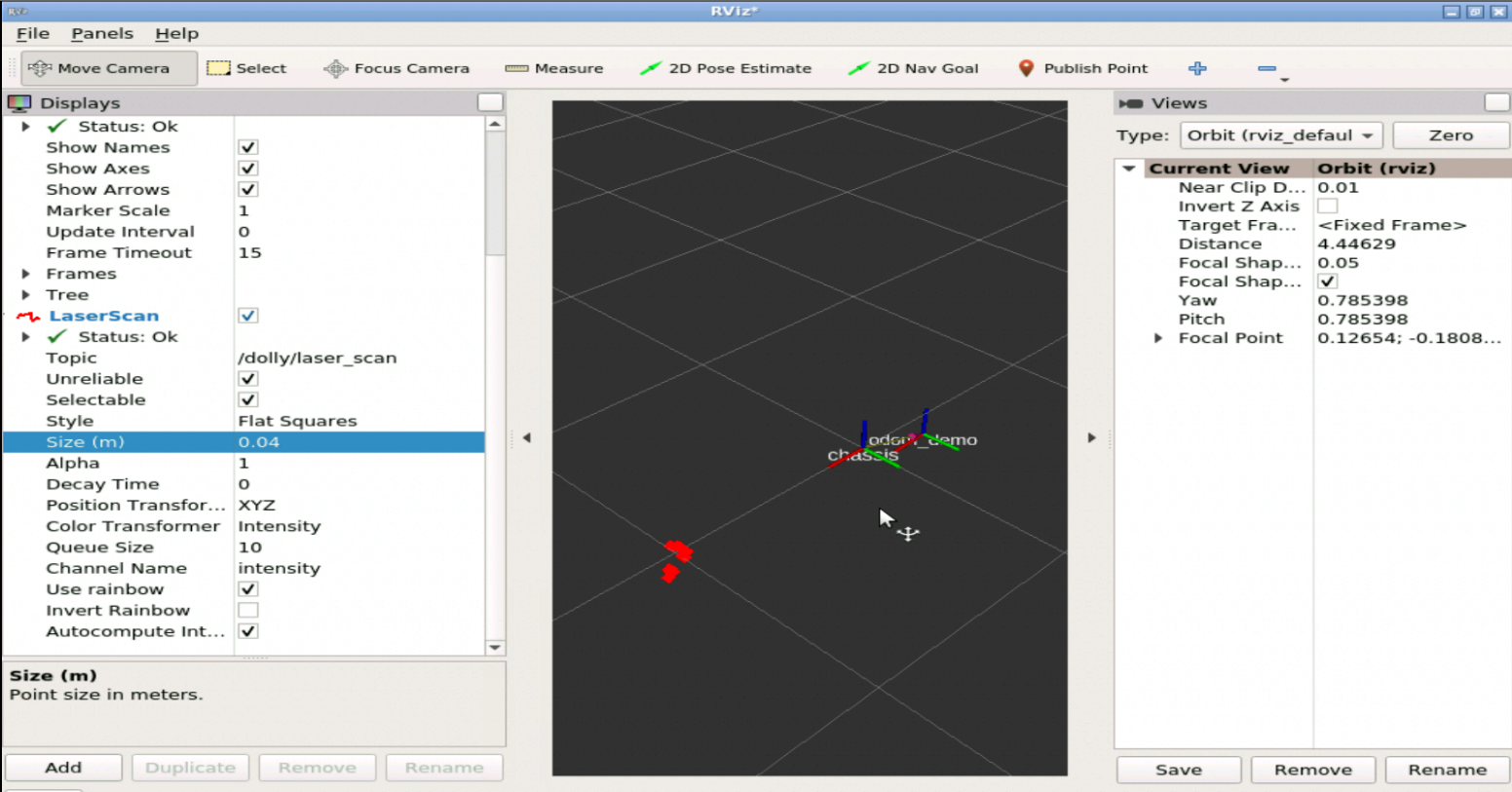 Also, you can test this tutorial in ROSDS, using a ROSject which already contains all the code described in it. You can get the ROSject by clicking on the button below:

The link above will take yo a page like the below one:

Also, you can test this tutorial in ROSDS, using a ROSject which already contains all the code described in it. You can get the ROSject by clicking on the button below:

The link above will take yo a page like the below one: